Scientists will study worms in space

The Agricultural Research Service (part of the US Department of Agriculture), in partnership with Pheronym, is preparing to send entomopathogenic nematodes – roundworms, which are deadly insect pests, to the International Space Station (hereinafter – ISS). This mission will provide a glimpse into the future, when crops will be grown in space.

The aim of the project is to develop new methods of growing plants safe for humans under space flight conditions. To do this, sealed flasks with soil will be delivered to the station, inside of which will be both the nematodes themselves and the target insect parasite. The experiment will be conducted at the US National Laboratory, located on the US segment of the ISS. The launch of worms into space is scheduled for this year. Keep reading.

Davis soil-science startup Pheronym Inc. will test its biological pest controls in orbit later this year as part of a mission on the International Space Station.

Pheronym gets a grant for biocontrol research in International Space Station

Sending Nematodes to Space to Improve Crops on Earth

Nematodes will head to the International Space Station (ISS) National Lab to help improve insect pest control in crops back on the ground. Yesterday, the United States Department of Agriculture announced a collaboration with biotechnology startup Pheronym to send nematodes (microscopic roundworms) to the ISS as part of an investigation focused on environmentally friendly agricultural pest control. Keep Reading 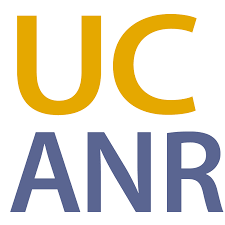 The U.S. Department of Agriculture’s (USDA) Agricultural Research Service (ARS) and Pheronym, a company in Alachua, Fla., that develops and produces nematode pheromones, have announced plans to send nematodes (small round worms) to  the International Space Station as early as this year.

The news, announced Feb. 20 on the ARS website, may have been overlooked by many (“What’s a nematode?”) but not by nematologists and other scientists. Keep Reading

Starship Nematodes: One Tiny Step for a Nematode, One Big Step Toward Sustainable Agriculture in Space

WASHINGTON, DC, February 20, 2019—An exciting collaboration between the U.S. Department of Agriculture’s (USDA) Agricultural Research Service (ARS) and Pheronym (Alachua, FL), will send nematodes (small round worms) into space to the International Space Station (ISS). The mission represents a look into the future where food crops will be grown in space. The goal is to develop environmentally friendly methods for space travel that are not harmful to humans. This will be the first biological control experiment in space. The nematode’s send-off, funded by the ISS U.S. National Laboratory, hopes to launch to the orbiting platform as early as 2019. Keep Reading 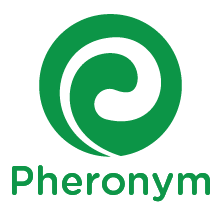 DAVIS, CA – February 20, 2019 – Pheronym, a bio-ag-tech pest control company, announced today it has received a $100,000 research grant from the International Space Station (ISS) U.S. National Laboratory to conduct agriculture bio-control experiments in space.  The science will focus on Pheronym’s breakthrough nematode bio-remediation technology and determine the impact that space travel has on the ability of beneficial nematodes to effectively manage pest control.  This is the third major grant secured by Pheronym within the last year,  Keep reading. 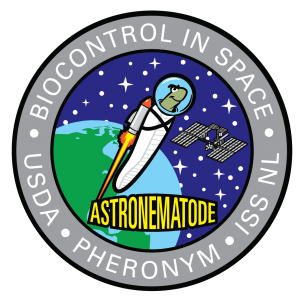 To learn more about AstroNematode and join the mission,  visit IndieGoGo campaign.

The AstroNematode returns to EarthJanuary 6, 2020
AstroNematode has returned to Earth! She will return to Pheronym headquarters in Davis, CA, to evaluate her experiments and see how space flight affected her. Follow @AstroNematode on Facebook, Instagram, LinkedIn, and Twitter for updates and new opportunities to join the mission and support Biocontrol in Space!